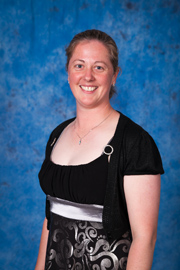 I began dancing at the age of 11 in Waikanae, being taught by Glenys Mills. Both my parents danced and when my sisters and I were old enough, we were allowed to dance in the adult class as well (no JAM class then). A few years later we moved to Palmerston North and I have continued dancing at the Manawatu club. As a junior member, I was lucky enough to be able to sit and achieve all the JAM medal tests. This then led to me working towards my RSCDS Teaching Certificate, which I achieved at the Cambridge summer school 2013/2014. I am currently the tutor for the Manawatu Scottish Country Dance Club in Palmerston North, teaching both an adults class and a children’s class. I have attended many Summer Schools, day schools and weekend schools around the country and in Australia as a dancer and I have also had the privilege of teaching at them as well.

I began dancing in Tokoroa in 2008 when I was 11 at the invite of some friends. My family and I had never heard of Scottish Country Dancing before then, yet we went to ‘give it a try’, and we’re still dancing! I worked hard over the years to pass all the medal tests and recently took on the challenge of the RSCDS teaching certificate. Over the years I attended many JAM camps and summer schools alongside with many other schools in between.
I have danced around NZ and abroad observing many different dancing and teaching styles.
Currently I am completing a BSocSc majoring in both Psychology and Philosophy and while that may be enough to keep me busy, I am also a Pippin leader and an aspiring writer. 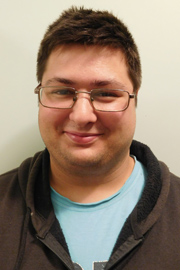 I started dancing at the Tokoroa Club when I was 6 years old. But it wasn’t until my early teens as I started dancing with the adults that I became more involved and attended all the evening functions.

As well as the Saturday night dances I have attended most JAM Camps and several Summer Schools, in Wellington, Christchurch and Auckland.

Since moving to Wellington in 2010 I have become a familiar face to most clubs in the region, dancing at up to three clubs each week (and not always at the same clubs). I was part of the organising committee for the AWEsome Weekend School (a weekend of dancing for ages 18-39), I am a current member of the Lower Hutt Club committee and as of 2016 I also teach at Kelburn Club.

And now, of course, I am also part of the JAM Committee, taking over the JAM registrations and memberships.

I began dancing in 2011 at the Hibiscus Coast Club in Auckland and then moved to Ceilidh Club in Dunedin when I began university in Otago. I have attended a few Summer Schools, many weekend classes and have recently begun learning to teach Scottish Country Dancing. I spend my days teaching Science to students at The Catlins Area School and enjoy taking my German Shorthair Pointer, Tara, for walks.

I have recently taken on the role of “Editor” for the Jigs and More newsletter from Amy and am looking forward to the changes that this will bring.